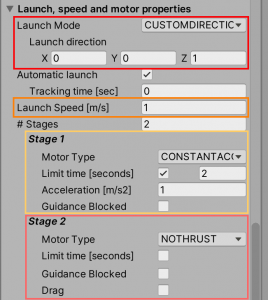 The first version of Controlled Flight is published on the Unity Assert Store! You can find it here: http://u3d.as/20wo

Publishing on the Asset Store was fairly straight forward. I had to spend some time with key images. But despite my limited artistic talent, it was fine in the end.

In the near future there might be a small update with no new features. The update will mainly handle compatibility with older Unity versions. The problems in earlier Unity editor versions are mainly superficial, and have no effect on the functionality.

I will probably create a “Lite” version, with limited functionality, for people to try out for free!

Collection of games under development

Scroll to Top
We use cookies to ensure that we give you the best experience on our website. If you continue to use this site we will assume that you are happy with it.Ok